Make you taste buds pop while eating Brussel Sprouts that are seared in a cast iron skillet with bacon, feta and a touch of Raspberry Chipotle glaze. They're so good, you won't even realize they are healthy for you!

Time to turn this childhood trauma known as brussel sprouts into a snack that you'll actually want to have around your table! As with any recipe, we suggest you take the time to prep all of your ingredients right off the bat. In this case, wash, clean and air dry your veggies and fruit. Cut the stems off the brussel sprouts, and cut them inhalf. Also chop bacon into pieces about an inch in size. This will save some time later on.

Grab a large cast iron skillet, and preheat it to a medium-high heat. When ready, add the choppet bacon bits and cook until they are almost cripsy.

Once the bacon is done cooking, get it out off the cast iron and drain on paper towels on a plate. Set aside for now.

Next up, the brussel sprouts! Add them cut side down to the skillet with the bacon grease. Sprinkle with SPG rub to taste, and let them cook. Stir every couple minutes to make sure they all get cooked through. You don't want them to char, or it will ruin the flavor.

You will know they are done cooking when you can poke them with a fork and they are tender-crisp (not too hard OR mushy). This is when you want to add the cooked bacon back into the pan, and remove it from heat.

For the final touch, drizzle with some Raspberry Chipotle Sauce (or your favorite sweet BBQ sauce) and toss to coat. Also add in the crumbled feta, walnuts (optional), and fresh raspberries.

Voila! Your bacon and feta brussels sprouts are ready. Serve right away while they are warm!

Big thanks to Sunny Moody of GrilledFitBBQ for another delicious recipe - these are definitely going on our "to try ASAP" list.

Make you taste buds pop while eating Brussel Sprouts that are seared in a cast iron skillet with bacon, feta and a touch of Raspberry Chipotle glaze. You’ll never know they are good for you! 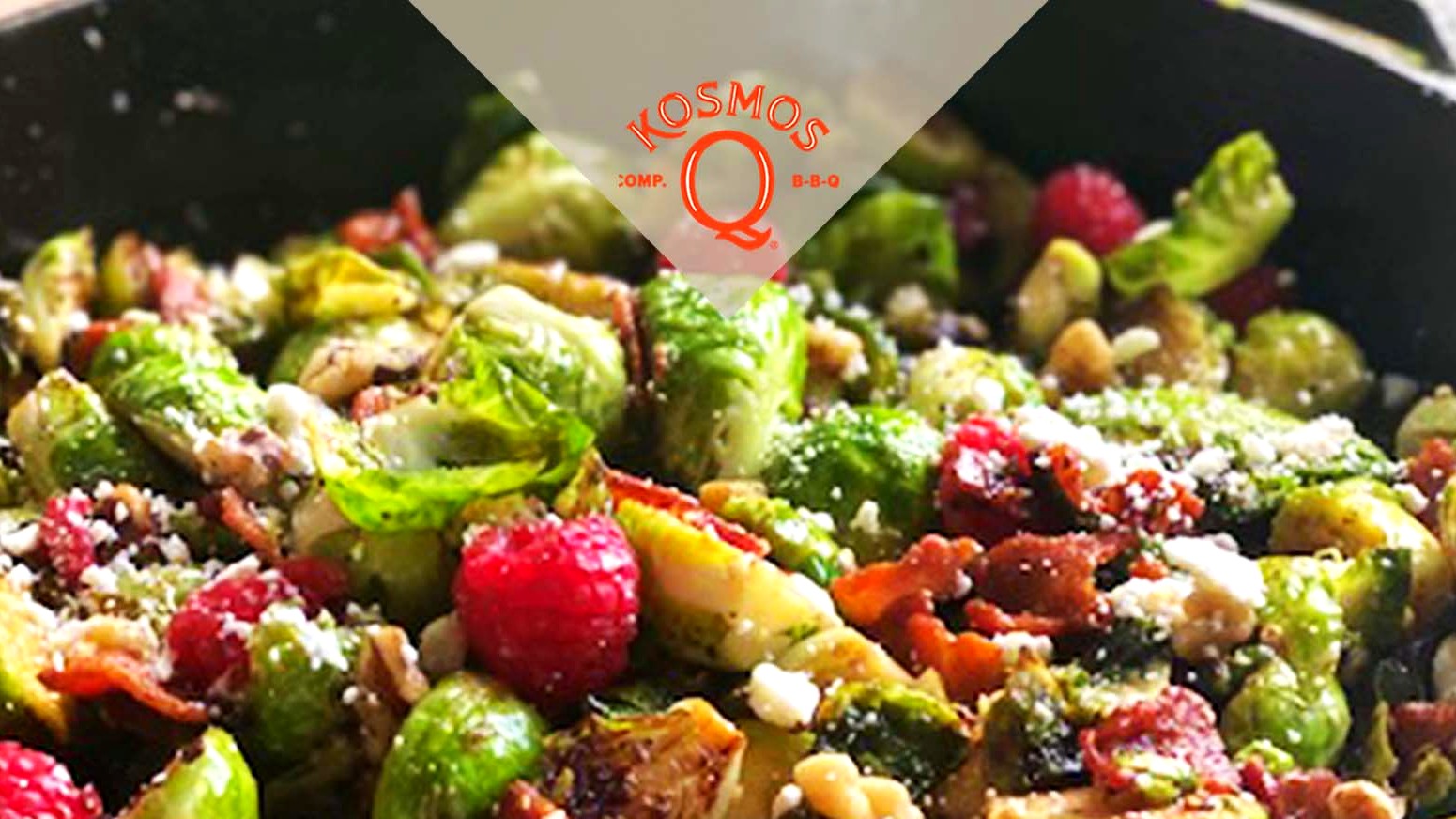 Bringing in both the sweet AND the heat - If you like smoked pork ribs and love spicy food, these spicy ghost pepper St. Louis ribs will be right up your alley.

They say breakfast is the most important meal - and nothing beats a ham and eggs breakfast cooked on the grill!