Thanks to Ben Karaszkiewicz of Kracks_country_cooking for sharing this with the community!

First things first: as we say in all recipes, if you have the option, source your meat locally. It will most likely cook better, taste better, and be better for you than the mass produced counterpart.

Step one: rinse the pork loin and pat it dry with paper towels, or let it air dry. When that's done, rub with a neutral cooking oil, and season with SPG on all sides. Then let it sit in the fridge for a minimum of an hour, but preferably overnight.

When you're good to go, start your smoker, or get your grill prepared for indirect heat. You want to cook at around 350ºF (176ºC).

When your cooker is up to temp, place the pork loin with the cool side on the grates. While it's cooking, heat up half a cup of General Tso wing sauce. Keep it warm until the loin hits 125ºF (52ºC) internal temperature.

When the loin gets to 125ºF (52ºC), glaze it with the warm sauce. Place it back on the cooker to set the sauce. Let it come up to 135ºF (58ºC) degrees internal, then sauce it again. Sprinkle it with sesame seeds and lightly tent it to rest.

While it's resting, cook some yellow rice, following the instructions on the package, then heat up a package of steam-in-bag broccoli.

After 15-20 minutes of resting, the pork loin should have come up to 145ºF (63ºC) internal. Slice it, and serve slices over the rice and broccoli. Drizzle the remaining sauce over top.

Once again, thanks to Ben Karaszkiewicz of Kracks_country_cooking for sharing this one with everyone. 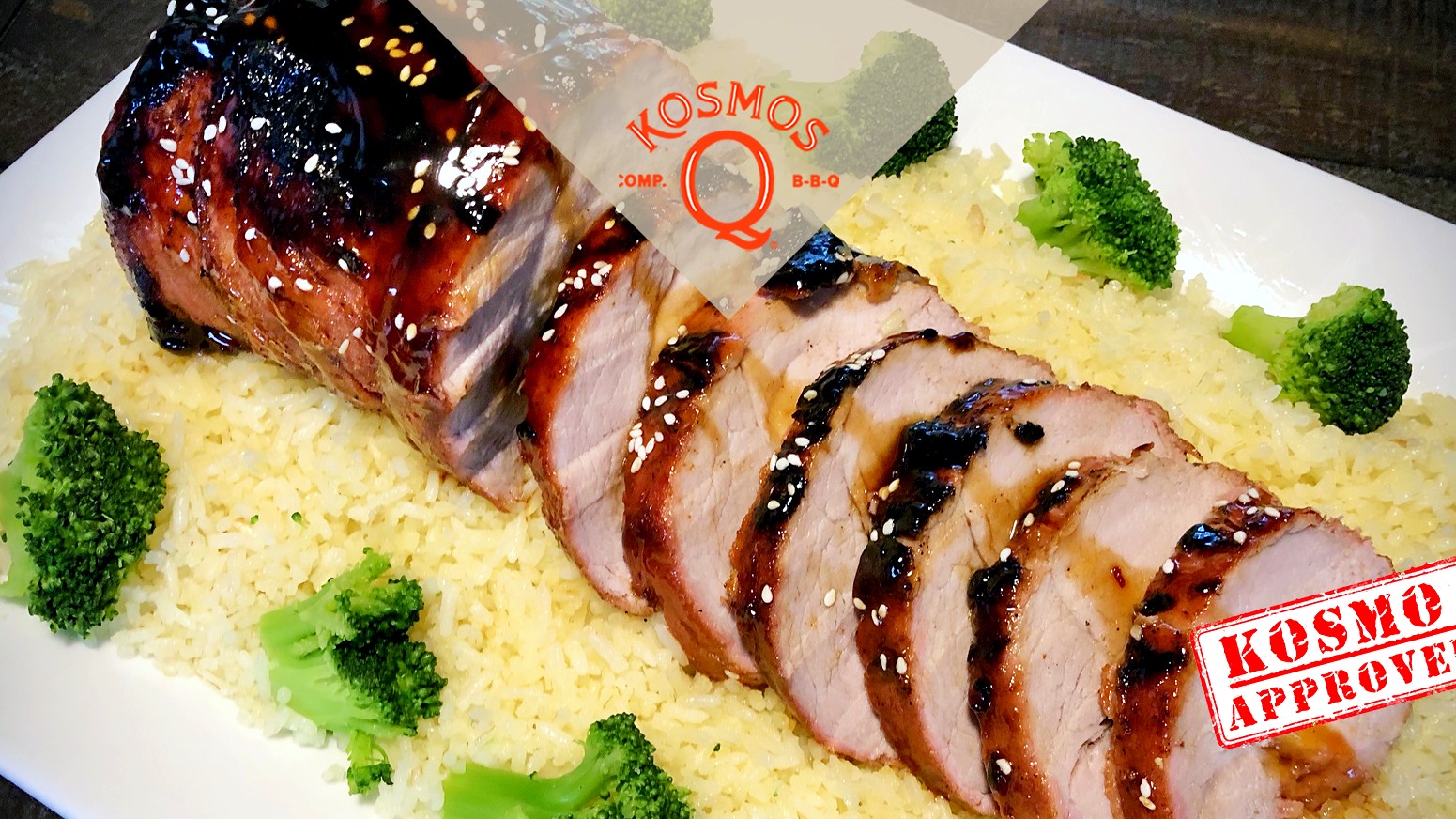