This is the farthest thing from Chicago style deep dish, and the opposite of a New York style crust - this quick smoked pizza recipe is redneck to the bone. Grab 3 of your favorite pre-made pizzas and fire up the pit!

For this one we just wanted to make something fast and easy for the office. So we grabbed some Take and Bake pizzas from Walmart - two of them meat lovers, the other one was smoked cheese.

The plan was to smoke 'em, stack 'em, and stuff our faces with them. If you want, you can easily customize them with anything you like on pizza - like Ghost Pepper for some extra heat - but you can skip that altogether.

Time to fire up the cooker! If you own a large enough rig, arrange all three of those pizzas on at once and be done in 10 minutes. If that's you, then you're lucky! We did them one by one, smoking them until the crust became crusty.

When pulling the pizzas off of the cooker, we placed them under a large roasting pan to keep them warm till they were all done. Tenting with aluminum foil could aloso work.

That's all there is to it! Stack the three pizzas (we went meat-cheese-meat), and enjoy the added smokey flavor of this messy monster. It's not the usual thing we do on here, but we still thought some of you might enjoy this quick pizza hack!

Tthis quick smoked pizza recipe is redneck to the bone. Grab 3 of your favorite pre-made pizzas and fire up the pit! 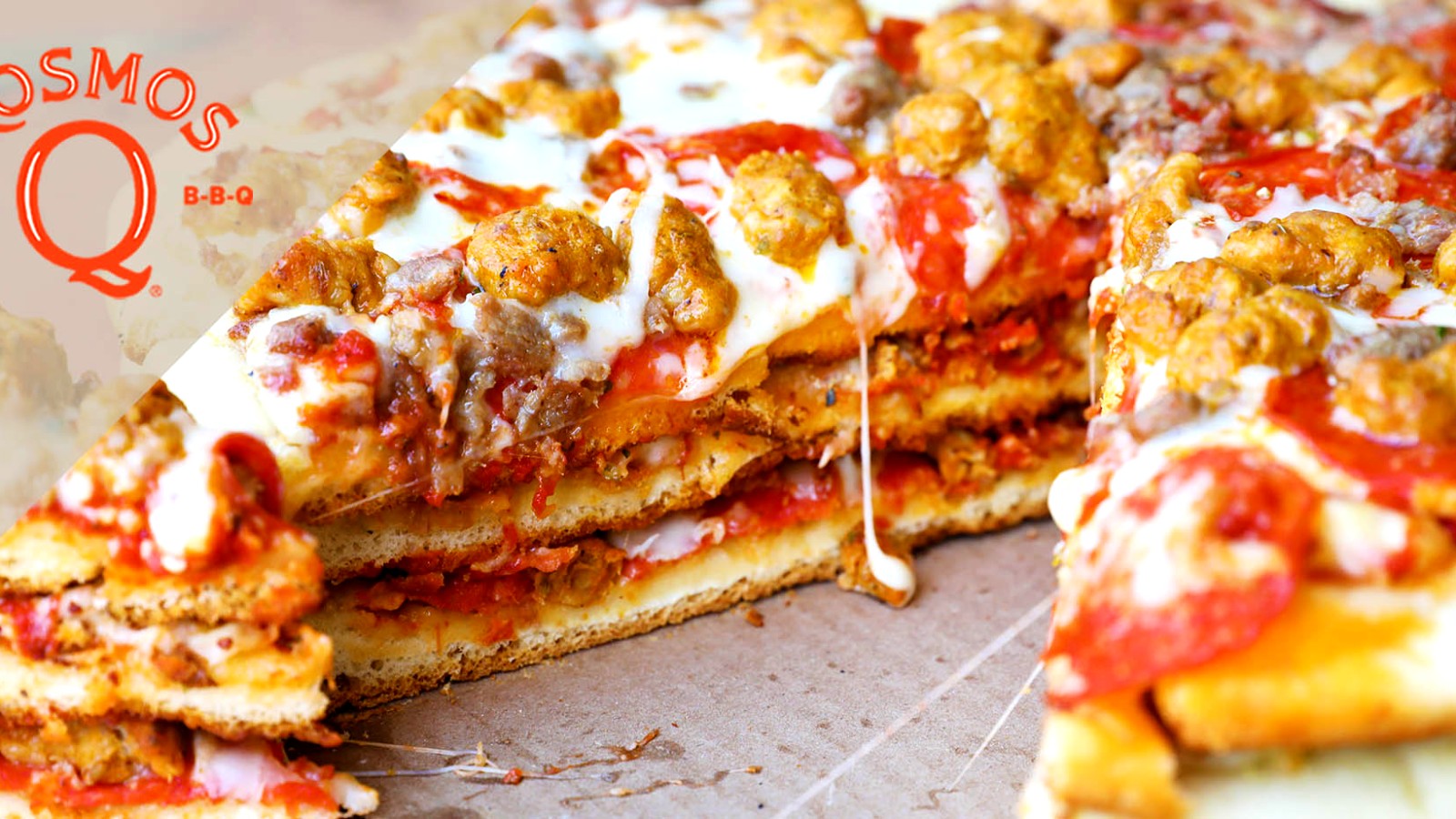 Turn that leftover pulled pork into a new way to have dinner on the table, a quick, filling, and delicious BBQ-flavored recipe so nothing goes to waste!

A southern staple, crispy fried catfish always tastes better when you make your own batter. We asked members of our team to pick their favorite seasonings to use...