A sweet cheesecake with savory hints, how can this smoked bacon & maple cheesecake not be your next favorite dessert?

Big thanks to Randy Smith (@carolinethedachshund on instagram) for sharing his recipe with the community!

Let's get right into it! First up, melt the butter over a very low heat (you don't want to burn it!). Then get your food processor ready, and add the Graham crackers in it. You might have to break them up by hand, depending on your machine. Add the melted butter, and blend the two together.

Now grab a 9-inch, springform pan, and pour the cracker/butter mixture in it. Use the bottom of a water glass to press down on it, and form an even crust along the bottom.

For this recipe, you need your smoker to run at 350ºF (177ºC). Alternatively, you could use your oven set to the same cooking temperature.

Once you have the crust formed, put it on the cooker for 15 minutes - just enough for it to harden a little. When ready, pull it off the heat and let it cool doown.

Next, get the cream cheese to room temperature. Add it to a blender, and start mixing slowly - add the maple syrup as you do. Add the whipping cream next, until the mixture becomes somewhat liquid, then add 4 eggs (1 at a time) and vanilla. Make sure to keep mixing slowly throughout, so as not to over mix!

Let's make a cheesecake! Take mixture and pour it into the spring pan, over the crust. Then place it on the smoker at 350ºF (177ºC).

Leave it on for 1 to 1 1/2 hour, or until a toothpick can slide in and out of the cheesecake cleanly. At this point don't pull it off the cooker - simply cut it off, and leave it until completely cooled down.

Now some would call this cheesecake done - but for those who want perfection, there's one last step - the topping.

Refrigerate the cheesecake overnight. On the next day, coat 1 lb of bacon with some Killer Bee Honey rub, and place it in the oven at 350ºF (177ºC) until crispy.

When done, break the bacon into small pieces and sprinkle on top of the cheesecake. For the finishing touch, drizzle maple syrup over the top.

Once again, thanks to Randy Smith for sharing this delicious dessert idea with everyone.

A sweet cheesecake with savory hints, how can this smoked bacon & maple cheesecake not be your next favorite dessert? 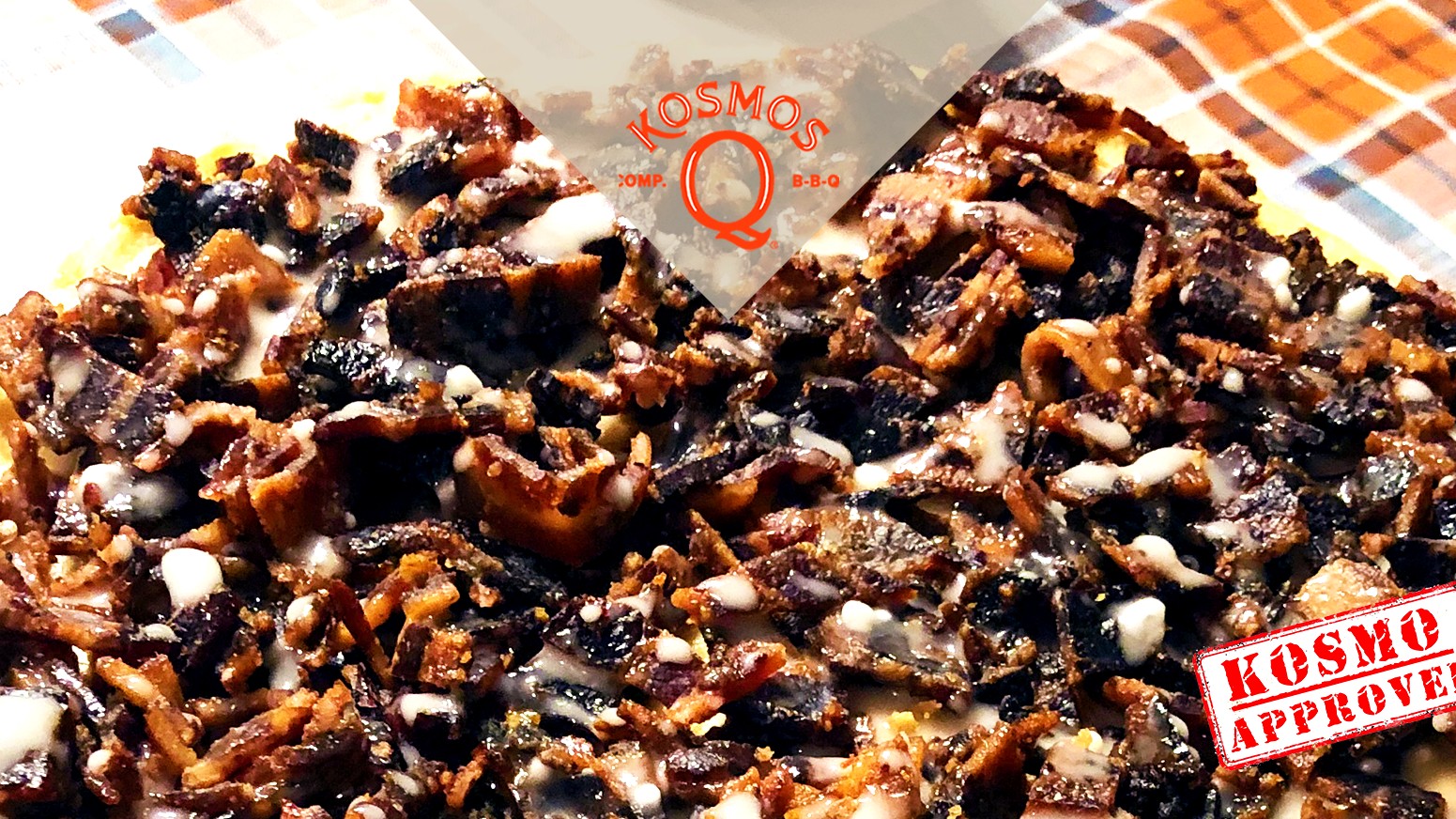 Fluffy, sticky monkey bread with home-made caramel bourbon sauce. Despite how easy it is to make, every bite will warm your heart and soothe your soul.

The way the smoked chicken, seasonings, Alfredo and everything else comes together gives such a unique chicken Alfredo experience!