Searing Steak on a Traeger!

Can you really sear a steak on a Traeger? Everywhere we looked, they said no way. But with a little coaxing, we made it work! This was a fun experiment, and we learned a thing or two along the way. Here's how it's done!

Is this really achievable on a Traeger grill, when some of the older models would struggle to reach even 400ºF? People we spoke to said you would either not get those gorgeous grill marks at all, or get it too hot, and burn your pit to the ground. Neither of those options is what we are looking for.

Now, you should know that the technique described here doesn't come from some random guy on the internet. Back in 2015, Kosmo won the World SCA steak competition, with what many would consider the opposite of a trick. You are in good hands.

About 50% of any steak recipe happens away from the grill, so here's how it's done. We started out with a Prime ribeye we got locally. Did some minimal trimming on it, removing excess fat and that nasty silverskin around the edges. By the end, we had a steak that was almost competition-ready.

Next up, the seasoning. For this guide, we busted out that same winning blend from 2015: one layer of Cow Cover, one layer of Dirty Bird Hot, and one layer of Texas Beef. This combo works crazy good - of course, you can use whatever you enjoy!

Now, here's what you SHOULDN'T do - we know because we did it wrong at first too.

In our first test, we tried slow cooking the ribeye on the top rack of our Traeger Timberline 850. We went for indirect heat, pulling the steak off the pit halfway through the cook, then cranking the temp up to 500ºF (260ºC), and throwing the steak on the bottom rack.

One would think this would work - wrong! After putting the steak back on the Traeger we got nothing: no sizzling sound, no grill marks, and while the steak still cooked perfectly, it tasted like it was done in a microwave.

Instead, here's the correct way to do it:

Before firing up the Traeger, we removed the heat shield and heat diverter from the bottom of the cooking chamber. We also installed grill grates where the top rack used to be. Then we fired it up, and let it hit 500ºF (260ºC) - that's right, this time we're doing it directly on top of fire.

The steak went right on the grill grates - this time, we could hear it sing right away! Flipping it every 1 minute and 45 seconds (making sure to align the grill marks) meant each side cooked for a total of 3 minutes 30 seconds - a total cooking time for 7 minutes. We then pulled it off the heat, let it rest for 10-15 minutes, and went right for it.

So, can you sear a ribeye steak on a Traeger grill? You absolutely, 100% can. Ours ended up perfectly cooked, with a crust to die for - and we have the video to prove it. That being said, it's not the ideal tool for the job, and probably not every model will be able to do it equally easy. But by following these principles, you should still get high enough temperatures on your Traeger to achieve a decent sear.

What are your thoughts? Have you tried searing a steak on a Traeger? Let us know in the comments!

Searing Ribeye Steak on a Traeger!

Can you really sear a steak on a Traeger? Everywhere we looked, they said no way. But with a little coaxing, we made it work! This was a fun experiment, and we learned a thing or two along the way. Here's how it's done! 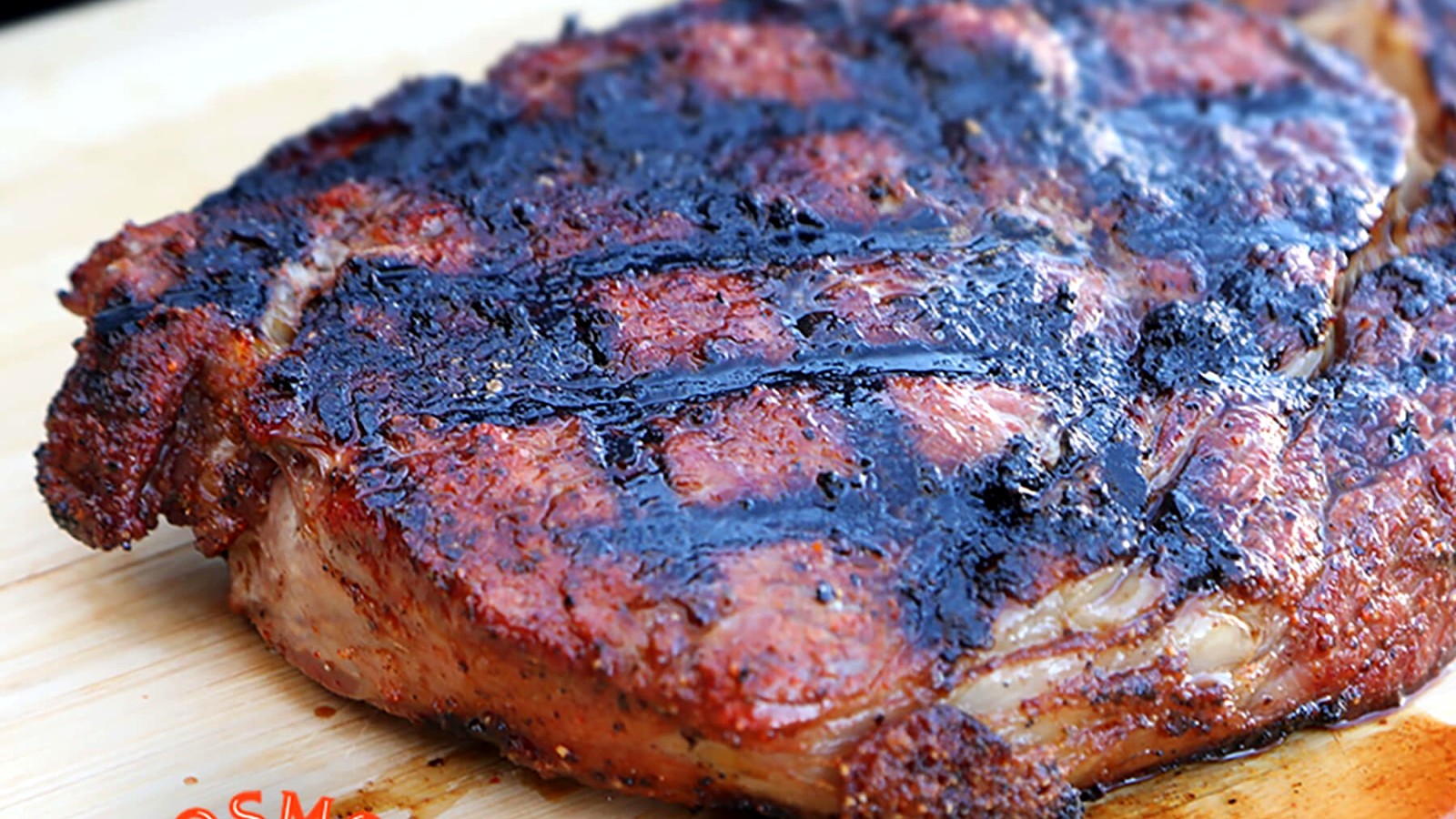 Setting up the Traeger

Searing an a Traeger