A creamy, savoury, delicious dessert recipe to treat yourself and your loved ones with - this maple bourbon cheesecake is the perfect way to bring your weekend cookout to a close.

Big thanks to Jamie Thomas of Char-Cole Grillers for sharing this one with us!

Let's start with the foundation of any cheesecake: the perfect crust. While letting the oven preheat to 350ºF (177ºC), grab a large enough bowl, and add all of the ingredients to it. Toss lightly with a fork to combine.

When mixed well, grab your cupcake molds. Scoop 1 tbsp of the crust blend into each mold, and press it down (use a shot glass for ease). Then arrange the filled cupcake molds on the bottom rack of your oven. Bake until crisp and golden (around 10 minutes), then bring out and let the crusty cupcakes cool down.

The crusts are ready - time to make some mini cheesecakes! Bring the oven down to 300ºF (149ºC). Place a baking dish full of hot water on the center rack to create moisture. This will stay in the oven while baking.

In your mixer, beat the cream cheese and sugar on medium until light and fluffy (about 45 seconds). Add vanilla and Maple Bourbon Glaze. Scrape the bowl, and beat for 45 more seconds. Make sure it's smooth with no chunks.

Next, add the whole eggs as well as yolks, and pulse until they are incorporated (about 30 seconds). The batter should be velvety - DO NOT overbeat!

Time to pour the filling into cupcake molds! fill them about halfway, because they will rise as they bake. Mix in a teaspoon of chopped bacon for each mold, using a toothpick. Then place in the oven and bake on the center rack, until golden (about 35 minutes).

When done, the mini cheesecakes will be firm with a little bit of movement in the very center. Turn the oven off, and crack open the door to let them cool off (~25 minutes).

To top the cheesecakes, melt the butter and brown sugar in a pot, then bring to a boil. Add some Maple Bourbon Glaze and let it come back up to a boil, then add cream and stir until totally incorporated. Finally, add vanilla, salt, bacon, and nuts. Fill up the molds to the top, ensuring they are even when set and removed from their molds. Let the cupcakes set in the fridge overnight for best results.

When you're getting ready to serve, go ahead and make some quick cool whip. Pour the cream in a large bowl (the cream will rise) and mix at medium speed. Mix just until soft peaks start to form.

Add sugar and vanilla, and mix again until soft peaks form. Finally, transfer to a piping bag to easily pipe on top of cheesecakes.

You're ready to go! Remove the mini cheesecakes from their molds and top with a dollop of cool whip, drizzle of  Maple Bourbon Glaze, and a sprinkle of chopped bacon.

Once again, thanks to Jamie Thomas of Char-Cole Grillers for sharing this one with us.

A creamy, savoury, delicious dessert recipe to treat yourself and your loved ones with - this maple bourbon cheesecake is the perfect way to bring your weekend cookout to a close. 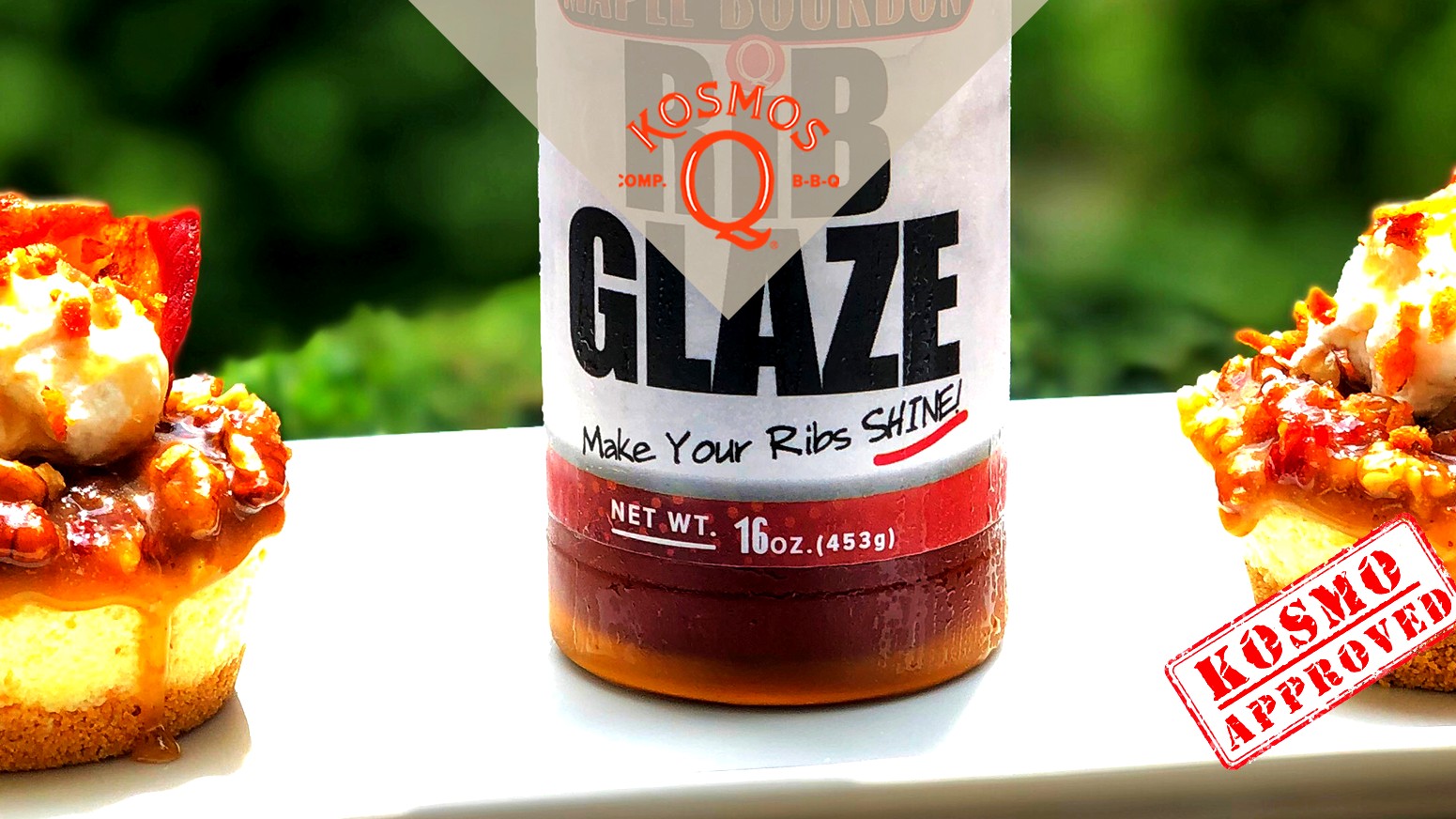